Recollections of My Lessons with Anton Heiller 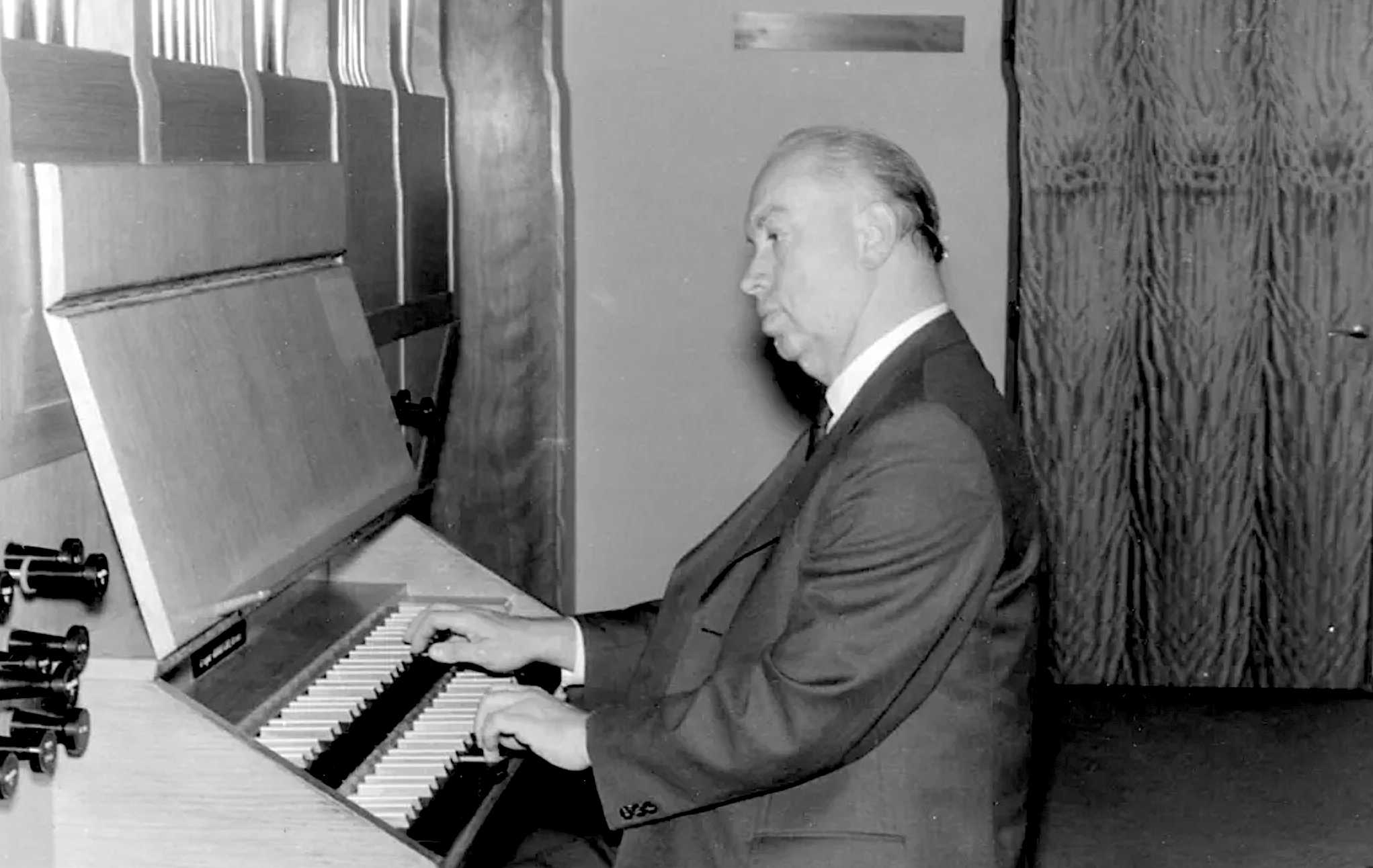 Recollections of My Lessons with Anton Heiller

Anton Heiller (1923–1979) was one of the most important composers, organists, and pedagogues of the twentieth century. In this interview with Vox Humana Associate Editor Nicholas Capozzoli, American organist and pedagogue Christa Rakich recalls her formative years spent as a student of Heiller.

Christa, thank you for agreeing to this interview. Our readers are eager to hear your personal recollections of one of Austria’s most famous organists of recent times. How did you come to study with Anton Heiller?

Well, I was first a “Heiller grandchild.” My first organ teachers, Larry Jamison and Bernard Lagacé had both been Heiller students. So I was thoroughly steeped in Heiller reverence from an early age. Heiller played a concert on the 1964 Moller organ in my hometown (Waterbury, Connecticut) when I was 16 and a beginning organ student, and I got to turn his pages. He played from tiny Kalmus miniature scores, Pink Pearl erasers holding them open precariously. There wasn't a fingering in sight, nor was there room for one! I was very nervous until I realized he never looked at the score, so my presence hardly mattered. It was the first time I’d heard “the Wedge,” [J.S. Bach: Prelude and Fugue in E Minor, BWV 548] and I was dazzled. There was a profoundness in his playing that took my breath away. A door opened, and there I was in the Emerald City.

What was Heiller like as a teacher? Did you find his teaching method different from those you experienced at Oberlin? What are some of the most important things you learned from him?

I later had occasion to listen to my senior recital recording, and dear lord, I was rushing the ends of beats all over the place! Heiller stabilized my rhythm and taught me that expressivity happens within a framework. If the framework isn’t there, you’re just playing in your own little world, with little regard for your listeners’ ability to enter into the piece. I dare hope some of his gravitas rubbed off as well.

Did you study Heiller’s music with the composer himself? Did he offer any interesting insights into his aesthetic, interpretation, registration, etc.?

Heiller had included his Tanztoccata on that concert in Waterbury, and I thought it was a great piece (I still do!). So I learned it and brought it to a lesson one day. It was the only time I ever saw him really angry — “Warum spielst du diese Scheißmusik?” ("Why are you playing this [expletive] music?") he said, with obvious displeasure. He shook his head and pointed his finger at me and said, “Du! Du sollst Bach spielen!” ("You! You should play Bach!"). Looking back on that incident, I interpret it now as a compliment. But at 20-something I was really taken aback. So I never brought him any more of his own compositions. It’s too bad in a way, because there were probably other pieces he did not consider “Scheißmusik!”

Along with Luigi Ferdinando Tagliavini, Heiller was the early keyboard figurehead before Harald Vogel came along, and Heiller had a particular affinity for Bach, Buxtehude, Böhm, Bruhns, Muffat, etc. I studied them all with him, as well as Reger, Distler, and Hindemith. Never got to any later music, though.

Heiller was passionate about communicating his understanding and technique. It was in the Bruhns big Praeludium in E Minor that he marked some articulations and turned to me and said, “When I am gone, you will tell people this, right?”

He was only 56 when he died, but he had been in poor health for quite some time. He could be very funny and liked to joke, but I think he was seriously depressed. Alas, in the 1970s, if you were depressed, you just lived with it.

Heiller’s recordings are interesting windows into organ scholarship and performance practice of the time. His recordings of the organ works of Johann Sebastian Bach are particularly insightful. Having experienced much more of the early music revival than Heiller, what do you notice or appreciate when you listen back to these early recordings?

Truthfully, I find those recordings sound a bit stodgy to today’s ears. For one thing, tempi are generally faster today. And Heiller’s rhythm is SO stable as to sometimes lack lyricism. But it’s important to realize that the whole Orgelbewegung [Organ Reform Movement], beginning in the 1930s, was a movement away from the French Romantic/Dupré school of legato as the basic organ touch. Heiller’s touch was lighter and more articulated, and his focus was on counterpoint — he was such a linear listener. And wow, even in those old recordings, you can hear how lines of music interact with one another. They are so clean, and the meaning and direction of every note of every voice is audible. It’s not just a question of articulation; it’s a question of shape and direction, and Heiller had that in spades. And yet the playing is unmannered. “I don’t do anything to the music,” he used to say, “I just follow it.” So if you want to hear Bach laid out for you, with a profound sense of absolute rightness, listen to Heiller.

is Visiting Professor of Organ and Clavichord at Oberlin Conservatory in Ohio. She has performed widely throughout North America, Europe, and Japan. Near her home in Connecticut, she maintains two Artist-in-Residencies: St. John’s Episcopal Church in West Hartford and the Congregational Church of Somers. Past Artist-in-Residencies have included the University of Pennsylvania and First Lutheran Church in Boston.

As a Fulbright Scholar, Christa Rakich studied with renowned Bach interpreter Anton Heiller at the Hochschule für Musik in Vienna, Austria. She holds Bachelor’s degrees in Organ and German from Oberlin College (Phi Beta Kappa). After receipt of her Master’s degree with honors from New England Conservatory, she joined the faculty there, where she taught for many years, serving ultimately as department co-chair. She has also served on the faculties at Westminster Choir College, Brandeis University, and the University of Connecticut, and as Assistant University Organist at Harvard.

For information on her CD recordings, prizes, and compositions, please visit www.christarakich.com.